Home Gossip Secondary school student kisses her student boyfriend after he proposed to her...

The video of a secondary school student getting proposed to by her boyfriend who also is a student of her school, has gone viral after it was shared on the internet. 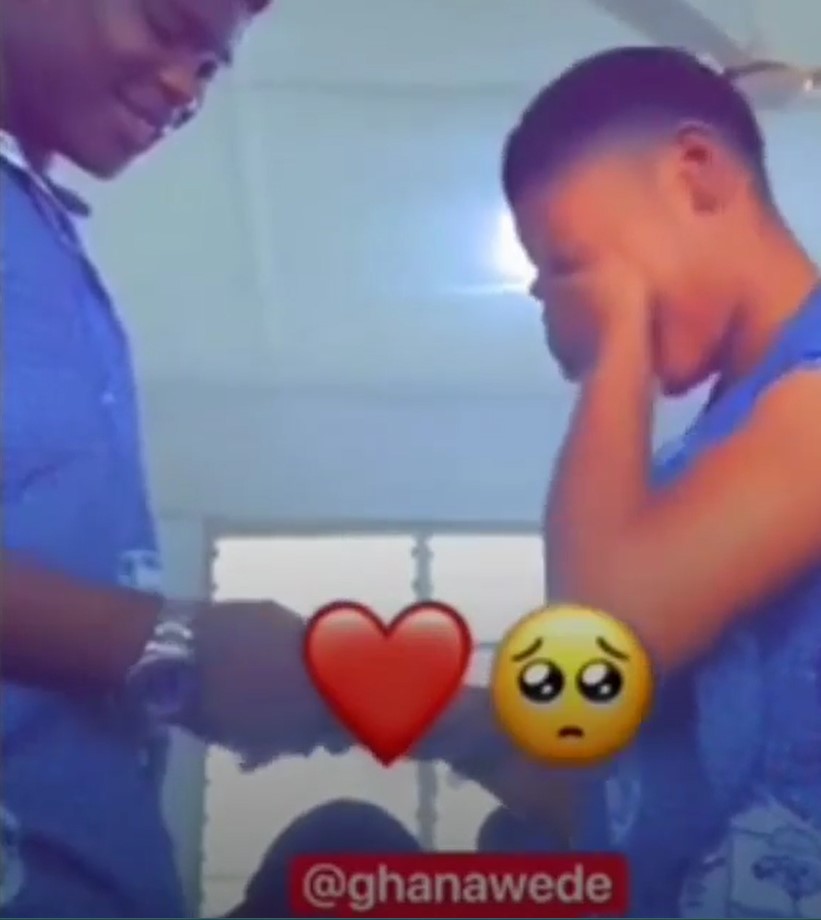 As can be seen in the video, a young lad in school uniform is seen proposing to his teenage girlfriend who was overly excited. The young guy is seen putting a ring on her finger as well.

And right after accepting his proposal, the duo shared a passionate kiss before she then flaunted her ring.

Watch the video as you scroll,

In related news, the video of a loved up couple was shared on social media and the possibility that the duo are teenagers has had the tongues of netizens wagging,

In the video, the young couple are seen in intimate positions where they kiss, embrace each other and engage in public display of affection.

Interestingly, the video has a caption that suggests that they’re soon to be married. Reacting, some netizens pondered if the couple are even up to 18 years of age or whether or not they’ve sat for their WASSCE exams.

“I cherish every moment I get to spend with you” – 24-year-old Kano man writes as he celebrates his American wife on her 48th...