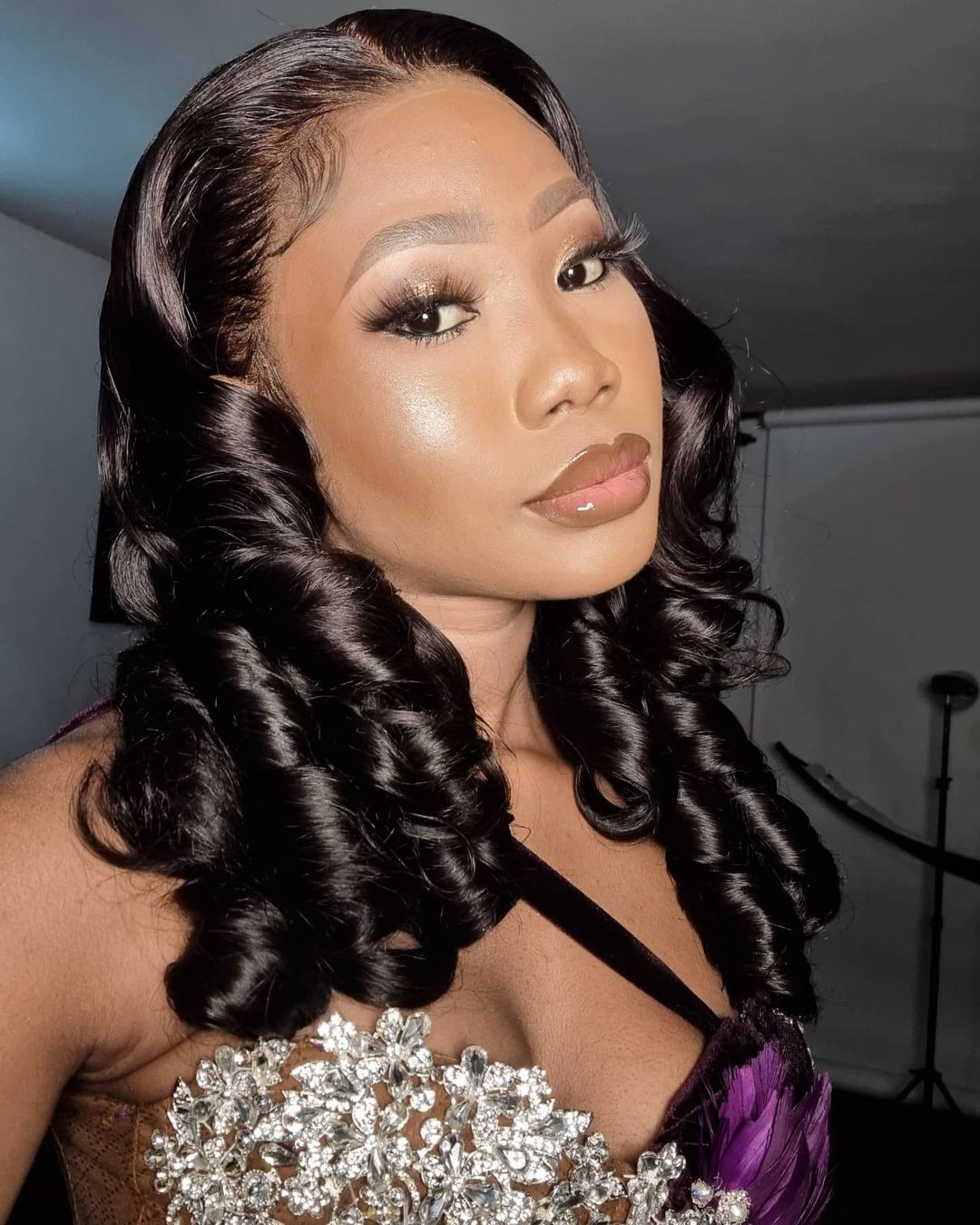 In a post she shared on her Instagram stories, the movie star while addressing her prospective suitors said her love can be bought with money.

She asserted that although she is financially stable, she doesn’t want to spend her own money, but her man’s money because she wants her money invested.

“To whom it may concern…. MONEY CAN BUY MY LOVE

I have my own money, but I’m a gold digger, I want to invest my own money and spend yours baby” 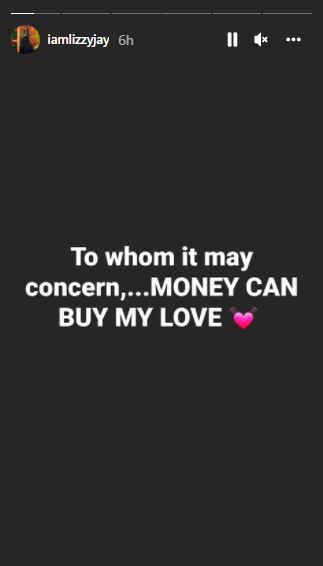 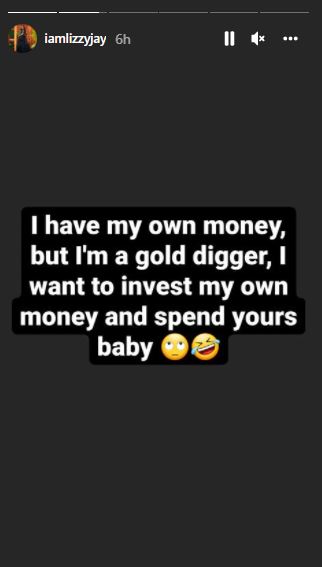 Lizzy Jay, who has starred in several Nollywood movies, recently talked about how hard it was combining schooling and her acting career.

She said she had to shuffle between Lagos and Ibadan to meet up for her conflicting engagements. She shared this while celebrating her graduation from higher institution.