Home BBNAIJA “If there are no cameras, Whitemoney will not cook for 22 people....

, for cooking, cleaning and doing other chores in the house.

According to her, WhiteMoney is not cooking because he is selfless, but because he wants to get sympathy from his fellow housemates and viewers of the show. She argued that the 29-year-old businessman would never cook for ladies if there were no cameras in the house.

In the video making rounds on social media, Lisar called the female housemates a “disgrace to womanhood” for allowing a man cook for them. 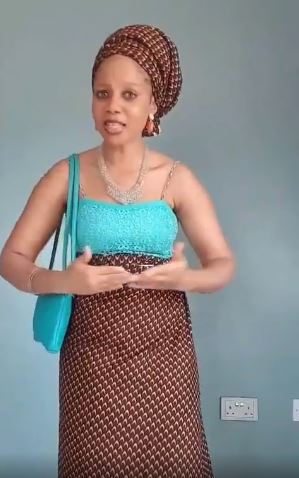 She went on to advise viewers not to be swayed by their emotions because WhiteMoney is an Igbo man and would do anything for the N90 million prize money.

“Remove the fact that he is your favorite. If there is no camera in the house, your favorite WHitemoney will not cook for 22 people. I like the guy. He has a serious startegy. That is a game. Anything for the 90 million is okay.

She also addressed the incidents that occurred after former HoH, Pere, kicked WhiteMoney out of kitchen duty for fear of kitchen monopoly. It can be recalled that there was serious hunger when the WhiteMoney stopped cooking.

Her words, “There are 22 people in the house. Inside this 22 people, twelve of them are women. Most of them claim they are caterers.

22 housemates and 12 women, but there is no food in the house. There is hunger. Why? Because we don’t longer have women. Our women are a disgrace to women and the people voting for whitemoney or rooting for Whitemoney because he is in the Kitchen , sweeping, cleaning, washing, means you are also a disgrace of a woman.

Now look at what is happening. The women are complaining there is no food. Can’t you cook? You don’t have any excuse not to cook when you are a woman. You are supposed to hide your face in shame. You cannot cook. What did you learn form your mothers?

In reality, Whitemoney will not cook for those women. Let me ask you, if Whitemoney is not in Big Brother’s house, can he cook for his 12 sisters? Assuming that is a family house, will Whitemoney be that selfless? He is still an Igbo man. Don’t be carried away by your emotions”.