Home Entertainment “He kept his word” – Lady jubilates as boyfriend who promised her...

A beautiful South African lady, Themby Smith, has taken to Twitter to express her joy as her boyfriend of four years finally proposed to her. 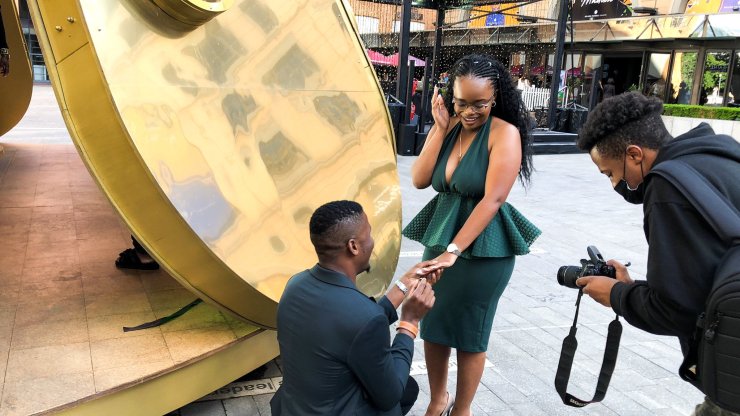 The excited lady who took to the micro-blogging platform to share photos from her engagement revealed that her man, Prince, had promised to marry her a month after they started dating.

She also shared screenshots of an old chat from 2018 where he promised to marry her and said he will never leave her. 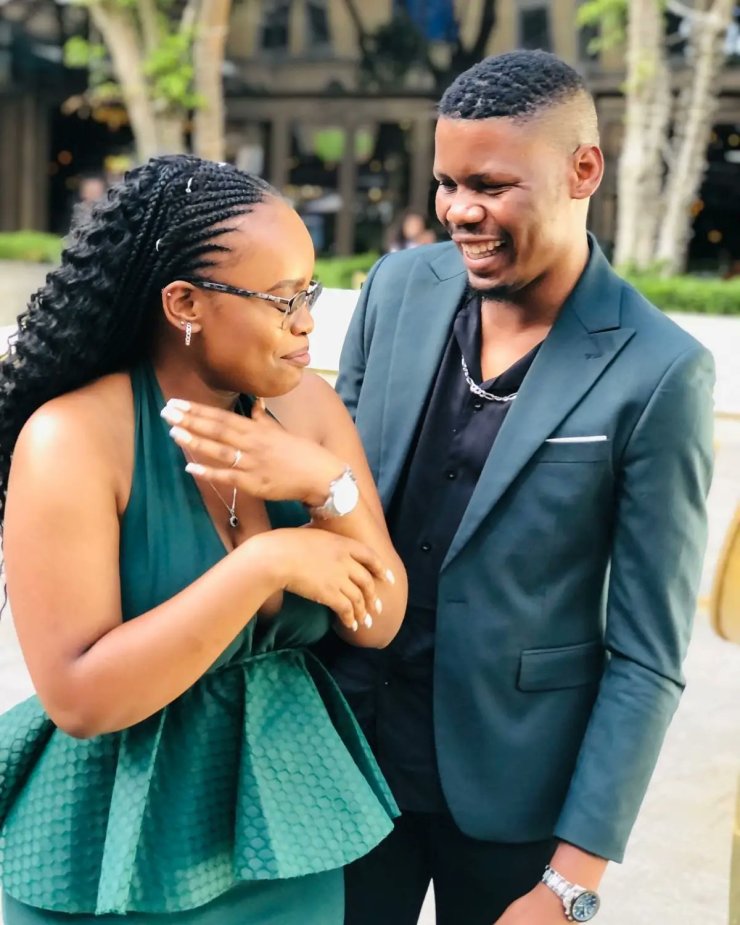 Sharing the photos Themby Smith thanked her lover for fulfilling his promise to her.

“He kept his Word. First frame was only a month in our relationship. Today he kept his promise”, she wrote. 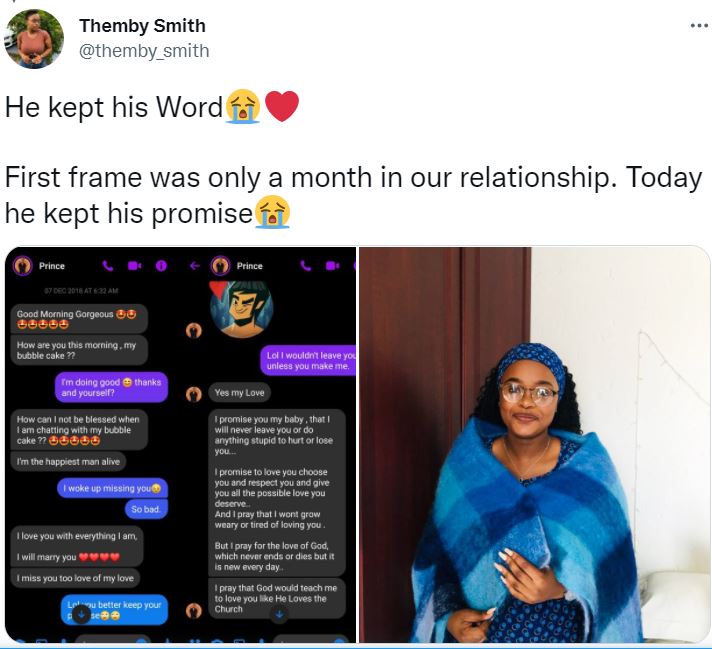 See screenshot of their chat below, 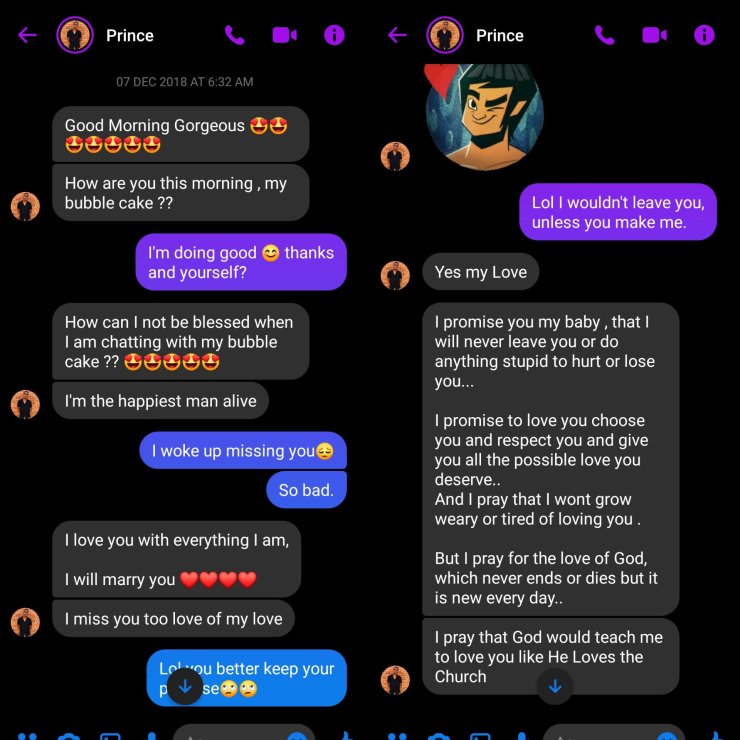 In related news, a viral video has got Nigerians blushing after a Nigerian man was seen proposing to his girlfriend while onboard an international flight.

In the video, he requested the attention of the rest of the passengers and told them he would love to ask someone special and dear to him a very important question with the hopes that her answer would be in the affirmative.

The unidentified man who was given a chance to address the passengers by one of the air hostesses, revealed that he has been dating his woman for 5 years.

After his speech in which he expressed his immense love for her, the man walked towards her and went on a bended knee to proposed to his girlfriend known as Kemi.

Overwhelmed with Joy, Kemi expressed surprise and gave him a ‘yes’, after which he slid the ring on her finger and they hugged passionately.