Home BBNAIJA #BBNaija: “Thank you Jesus” – Whitemoney breaks down in tears after escaping...

Big Brother Naija housemate, Whitemoney was up for eviction earlier this evening alongside Yousef, Beatrice, Yerrins and Niyi… with the last three making their exit from the Big Brother house. 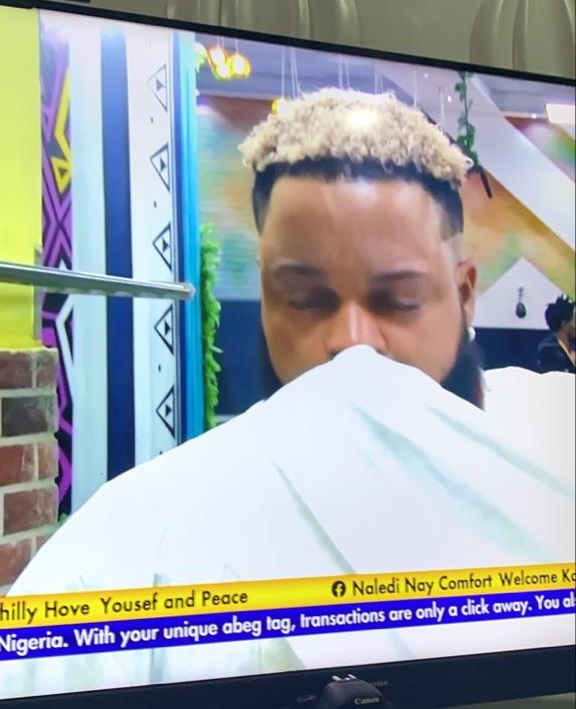 With Yerrins, Beatrice and Niyi out of the house, meaning they had the least votes, Whitemoney and Yousef were saved and the bottom three had the following votes, Beatrice with 12.95%, Niyi with 8.34% and coming in last was Yerrins with 7.29%, giving a total of 28.58% meaning the remaining chunk, 71.42% was shared between White Money and Yousef.

Whitemoney, following the evictions, was later seen in tears as he sang and thanked Jesus for keeping him in the house for another week… Whitemoney, who’s gradually becoming a fan favourite, is seen staring in the mirror as he cries while singing. 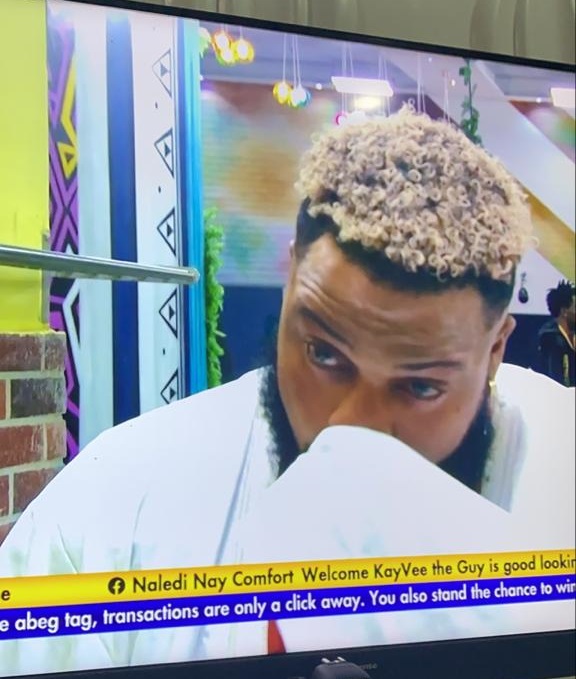