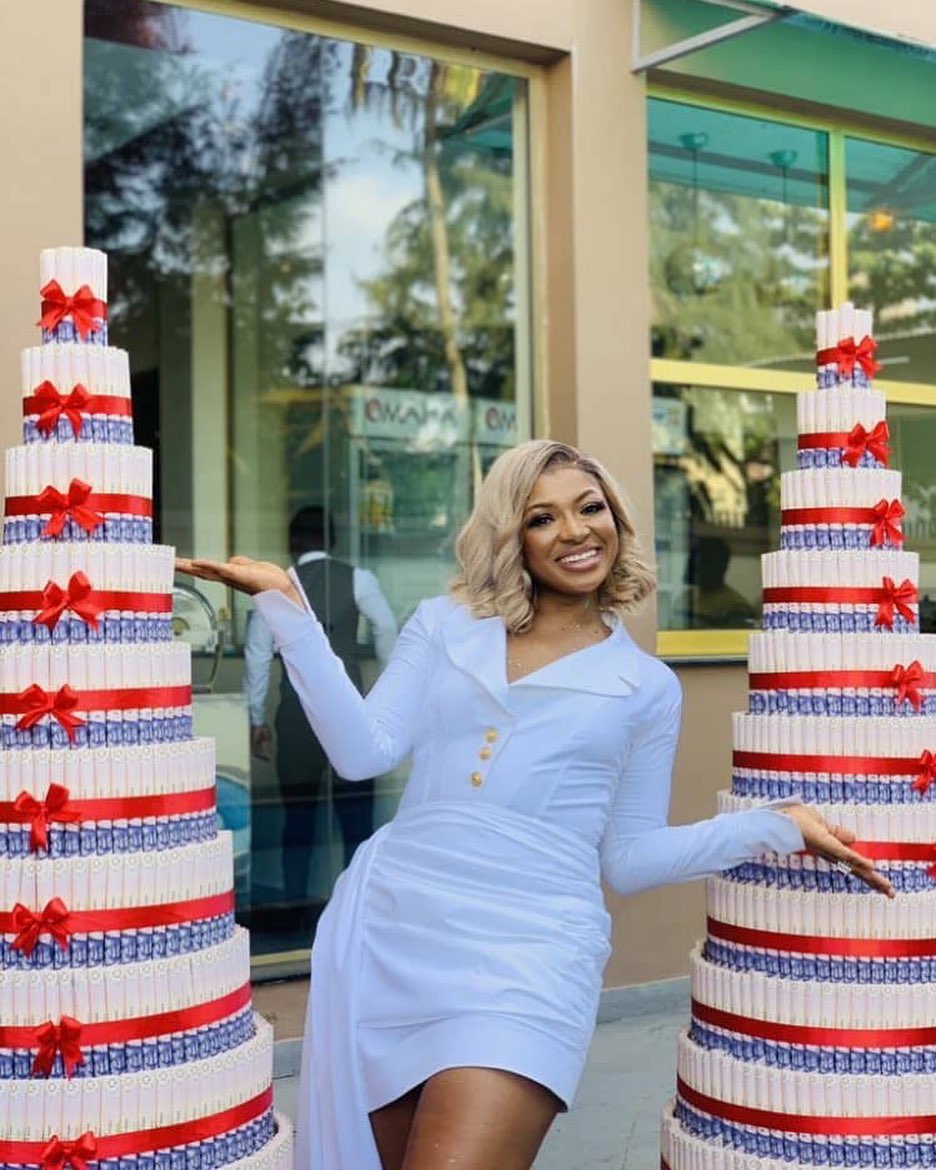 Only few days after the end of the reality show fans of the professional dancer has started going all out to express their love to their favorite.

Earlier today, the reality star received a massive money cake from her fans. In a video that was shared online, on receiving the gift an excited Liquorose who couldn’t curtail her joy displayed some amazing dance moves.

The 26-year-old professional dancer from Edo State, might not have emerged as the winner of the reality show, she reportedly won herself over N20million from tasks in the house.

Liquorose win from task in the house is said to have set a new record as no housemates has ever won earned that much from tasks.

Liquorose who revealed she intends to open a dance studio, continue with her dancing and venture into acting went live on Instagram moments ago to express gratitude to everyone who supported her while she was in the house.