Home BBNAIJA #BBNaija: Lady prophesies WhiteMoney as next housemate to be evicted

A Nigerian lady has caused epic reactions on social media recently, after prophesying BBNaija housemate Whitemoney is next to be evicted. 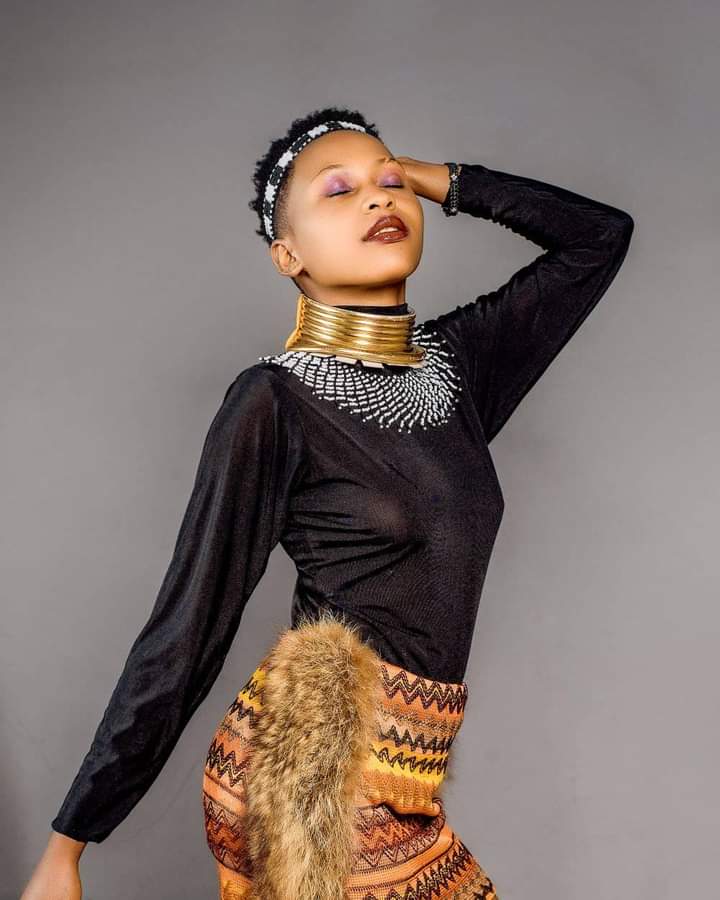 The said lady, who goes by the username @FulaniIgbo, took to social micro-blogging platform Twitter to reveal the future to Nigerians.

According to her, she is an Ogbanje and therefore sees what is to come long before people do. The lady also stated that she prophesied ahead of Saskay’s eviction and it came to pass, despite viewers of the BBNaija show doubting her.

Meanwhile, she had revealed that former president, Goodluck Jonathan will also be the next president of Nigeria once again in 2023.

“Also mark my words, our next president is GEJ.” 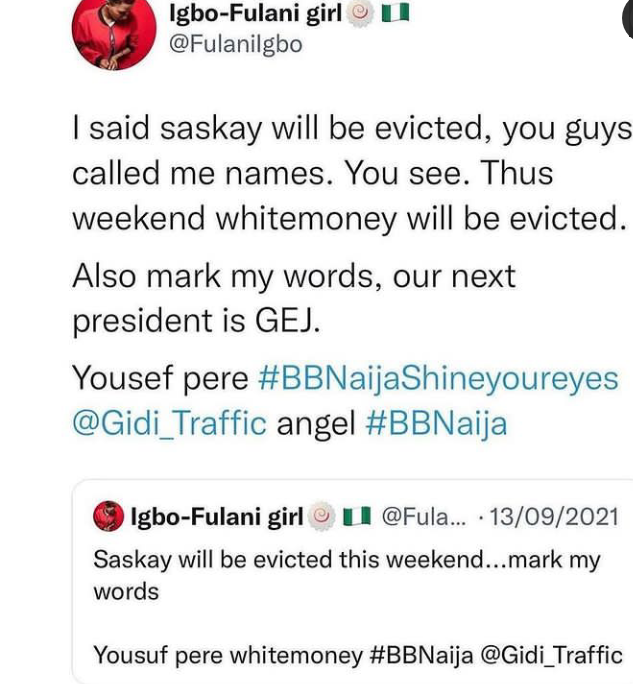